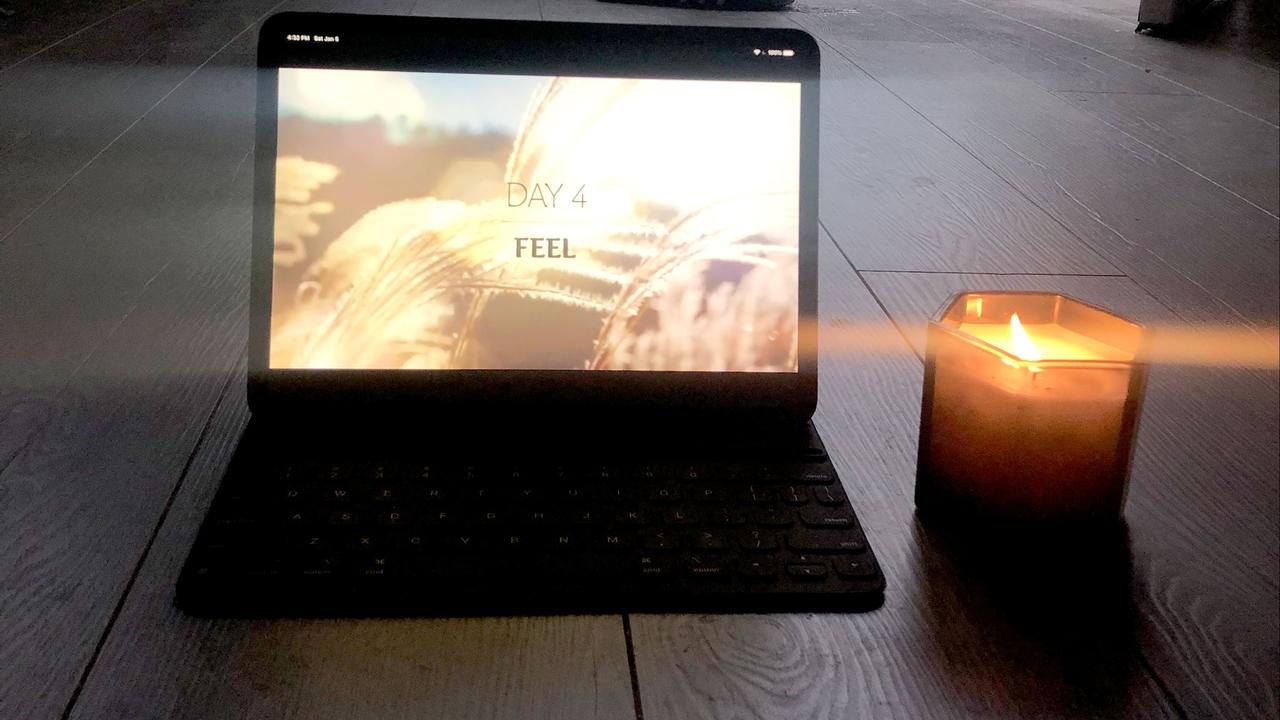 For the past 5 years, Yoga With Adriene has published daily videos in January. This started in 2015 with our first 30 Days of Yoga series. When we hatched the idea, YWA was still just a two-person company with Adriene and I doing everything.

Back then, the channel wasn’t growing very fast. I think we still had less than 100,000 subscribers. The response to the videos was great, but the audience was small. I thought that a daily yoga series in January could change all that. Especially, if we put in the extra work to promote it. We had a loyal audience, we just needed something really cool (and free) that they could tell their friends about. It might just be a shot-in-the-arm for the channel.

Once we started production, we quickly realized we had bitten off a lot more than we could chew. 30 videos is a lot more than it sounds like when it is just an idea on paper. After a few days of production with just me running two cameras, we hired an additional camera person for the first time (the awesome Katie Graham). In order to meet the deadline, I was editing the videos as they shot them. We still got way behind schedule.

We launched a video on YouTube announcing the project and gave a link to a landing page where people could sign up for a calendar and daily email. We encouraged people to tell their friends.

People started signing up like crazy and the first video wasn’t even complete yet.

If things weren’t chaotic enough, I had a two-month-old baby at home and the sleep deprivation that goes along with it. So I was up every day in the early morning hours, editing videos and trying to be quiet. In addition to the videos, there were also landing pages that needed to be created, emails that needed to be written and countless other graphics and images for social media and the website.

We never got ahead of schedule and the entire month was a personal nightmare. We worked non-stop and finished it by the skin of our teeth. It took months to fully recover. It’s probably not surprising, but I didn’t do any yoga during this time period.

Fortunately, the series was a huge success. We had over a hundred thousand email opt-ins and all of our channel analytics started spiking upwards. The Day 1 video is still our most popular video ever and people still sign-up for the series on a regular basis. It changed everything for the channel and for the business.

We’ve continued the tradition every January since (although we often swear that we will never do it again). It’s become a pretty big deal with millions of people all over the world participating in it.

The business has grown and we now have an amazing team. Aside from a couple of days on set, I wasn’t directly involved in the production of the videos. Our friends at Circus Picnic shot everything. Grant Harling edited and uploaded everything. Sarah Bowman did an incredible job of managing all the emails, blog posts, and community. The rest of the team was all-hands-on-deck answering comments, responding to customer service requests and getting shirt designs up and available for sale.

This year, I just built the landing pages, did the video intro and outro and handles the nerdy YouTube optimization stuff.

I feel both humbled and excited that the business I co-created is now its own entity that has grown up and can walk on its own. It’s still more than a full-time job for me, but I’m no longer doing any of the things I started out doing. I’m very proud of what it has become.

Due to the heavy workload and stress levels of previous years, I’ve never actually taken part in any of the 30-day series. In January, I’m usually so sick of hearing and thinking about yoga, that actually doing yoga is the last thing I want to do. It’s also hard for me to focus on the practice when it’s something I’ve shot and/or edited. I’m too distracted by looking at all the mistakes nobody else notices.

And it was awesome.

Since I hadn’t been hands-on with any of these videos, I was able to experience the series like a member of our community. It was a transformational and valuable experience on several levels.

I’m amazed at how much more flexible I am after only 30 days of consistent yoga practice. I notice it in little things, like when I am reaching for something at the top of a cabinet and everything is easier to grab. I also notice it when I am playing with my now 4-year old. And in general, I just feel great. Yoga really gets into some crevices you didn't even know you had.

On the mental side of things, I feel happy, energized and better overall than I have in a long time. My energy levels are much higher, I’m writing on a regular basis and getting a lot more done during the day. The results have been so good that I plan on doing at least 20 minutes of yoga every day from now own.

Now I am a true believer.

If you're interested in giving yoga a try, check out this years DEDICATE series. Even if you're an out-of-shape nerd who spends too much time hunched over a computer (like me), this is a great series that will ease you into daily practice. You'll feel like a brand-new person 30 days from now.