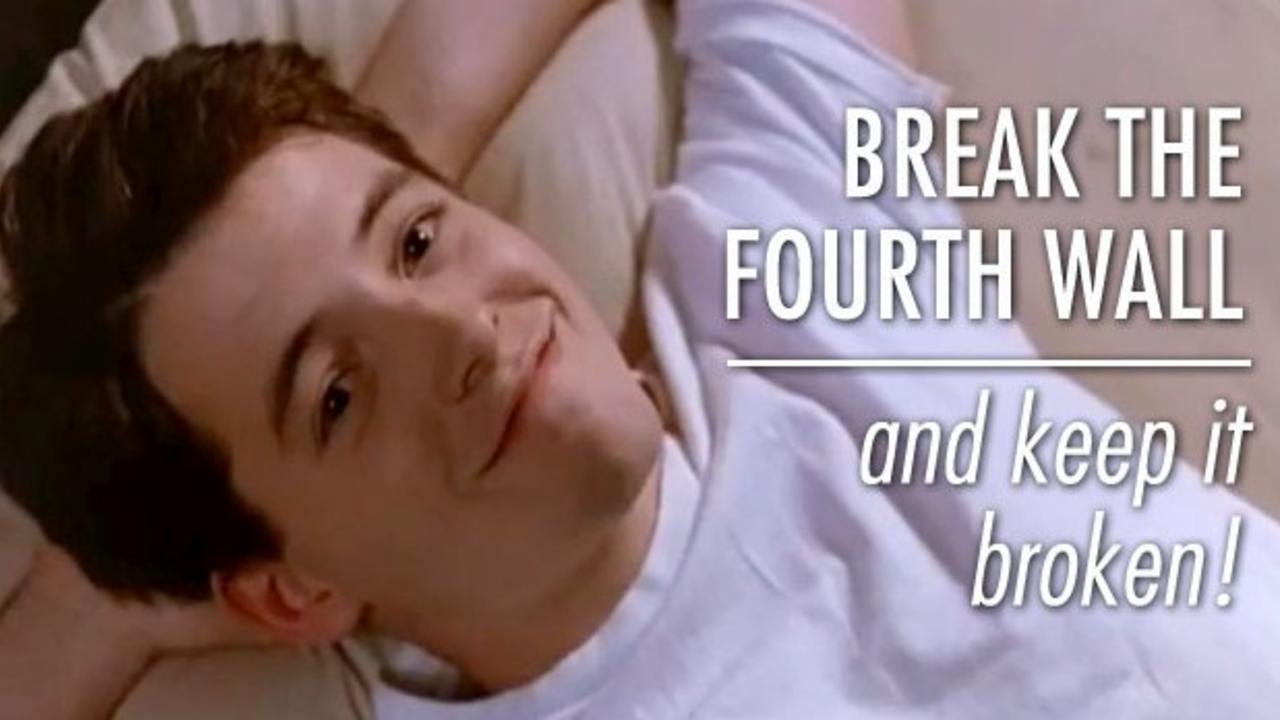 I spend a lot of time (probably way too much) thinking about the difference between directing for film/television and directing for a web series. My background and education is in motion picture and narrative directing. In my previous work, I worked hard to create for the audience something that worked like a “vivid and continuous dream.” Now, I am using the same tools and techniques but actively working to create the opposite effect.

(Since I am currently focused on producing non-fiction work, this post won’t concentrate on narrative series, but there are a few takeaways at the end of the post that could be helpful for scripted web series producers.)

We are still in the very beginning stages of this medium and we haven’t established a terminology that we can all agree on yet. So let’s work with what we’ve got. For the sake of this post we’ll use “the internet” to describe the network that can deliver any kind of content imaginable and “Web Series” as a series of videos designed with web browsers (desktop or mobile) as their primary viewing destination. Some of these web series will go on to be viewed through actual televisions via something like Apple TV or Roku but that’s not the environment they’re designed for.

A Web Series is not a Television Series

Over the past couple of years – particularly since YouTube started funding content – there have been a lot of big production companies entering the ecosystem with new web series. Most of these companies have a solid track record producing content for television and it’s easy to see how they landed YouTube backing.

I kept a close eye on these new channels and series and at first I was convinced they were going to change the YouTube ecosystem forever. This new content was slick and looked better than most of what you see on television. Honestly, I felt pretty outgunned. As a one-man crew with no-budget, there was simply no way I was going to be able to reach that level of quality on a weekly basis.

But them something interesting happened. Most of these channels and series flopped. Big Time.

Despite being super-slick and beautifully crafted, these new series just didn’t engage the audience. Even though the episodes were heavily promoted, they stalled out at a few thousand views. A few thousand views won’t cut it when you are getting millions from YouTube.

Some of these channels have faded out and a lot of them have taken a break and come back with new series and slightly different approaches. The videos are still very pretty, but they are much more focused on on-screen personalities. I think this is probably a good move. We’ll see if it works.

The big takeaway from this experiment is: Traditional television style production values don’t necessarily translate to the web series medium.

When they’re done right, web series can create a sense of real connection and relationship between the on-camera personality and the audience. This connection works on an entirely different level than the connection between a television host and their audience.

One of the primary jobs of a web series director is to find ways to facilitate the audience/personality connection while at the same time communicating information in an entertaining way.

90% of Directing is Casting.

This is such an old saying that I can’t even find where it originally came from, but it’s pretty accurate. There’s only so much you can do if you’re not working with the right talent. Performers who are great in movies and television don’t necessarily have “the thing” that works so well for web series. I wish I could clearly define what “the thing” is, but I can’t.

It definitely includes a willingness to be painfully open and unguarded at times. It also involves extending the work beyond just videos and into things like engaging with the audience through responses to comments, blog posts and social media.

Finding the Format and Tone

Once the right talent in place, it’s time to create a format and tone for the series that feels like an extension of the hosts personality.

With Hilah Cooking, we figured out how to do this in front of the audience. If you take a look at the first few episodes, they are quite a bit different than what we do know. We have upgraded the technical side of things, but the biggest difference is in Hilah’s on-camera presence. We had worked together quite a bit on various short films and comedy sketches and in the early episodes Hilah is much more of a “character.” As we continued to produce episodes, we toned down certain elements and emphasized others. Also, as Hilah started to interact with the audience via comments and social media, she got much more comfortable being herself on camera.

Ultimately, the loyal viewers are not watching on a regular basis because of the jokes or the recipes. They’re watching to see Hilah. There is a connection there.

From a technical standpoint I wanted to keep things as simple as possible. We figured out 3 simple shots that we could re-use over and over and those were the only places we put the camera for the first two years.

I wanted it to feel like Hilah could potentially be setting up the camera and making the show herself.

Break the Fourth Wall and Keep it Broken

“Breaking the fourth wall” is a term used in the entertainment industry to describe when a performer breaks the illusion of the performance by acknowledging that they are fictional and that the audience is watching a play or movie. It can be as simple as a glance or wink directly to the camera or as blatant as the character addressing the audience directly Ferris Bueller style. Here’s a great video that shows what I’m talking about. (Also, pay attention to the effect of a character making eye contact directly with the audience!)

Once we decided what the aesthetic of the show was, I focused everything on reinforcing that. If the aesthetic was a girl in a kitchen making a cooking show and engaging directly with her audience – then the fourth wall was broken and needed to stay broken. There are lots of little things in the show that reinforce this, but probably the biggest one is that we made a conscious decision to always show the lavalier microphone. This is a tiny thing and probably not noticed by many people, but it’s a way of communicating that this is not a TV show and we’re not going to hide the wires or the mistakes.

If a mistake happens, chances are we will leave it in or tack it on at the end as a blooper. Hilah is not reading a script and there is a sense of unpredictability that is not present in a hosted television show. Anything could potentially happen and that’s one of the reasons people continue to watch.

For Hilah Cooking and Yoga With Adriene, the real work for me has been in creating a format that showcases and reinforces the talents personality and gives them room, freedom and comfort to do their thing on a consistent basis. Over time – based on audience feedback and our own aesthetic preferences – we’ve tweaked these formats and made subtle changes.

Now as we’re beginning to spin off new shows and create new formats, the idea of building and reinforcing a connection between the talent and the audience is a guiding factor in all our decisions. In fact, our first attempts at episodes of the travel show were way too “television.” We ended up scrapping a couple of them entirely and reworking the format of the show entirely.

Even for narrative series, there are many ways to build a connection between the creators and talent and the audience. Rooster Teeth is a great example of this. They’ve used their flagship series (Red Vs. Blue) to build a passionate audience that is engaged with the people who work at Rooster Teeth. In addition to social media and podcasts, they create lots of content that basically consists of Rooster Teeth employees goofing around. Another great example is Kevin Smith, who used his fame as a director to launch a hugely successful podcast company.

I’d love to hear your thoughts on producing and directing for YouTube and web series. Leave a comment below. Thanks for reading!