Making THE SPIDER BABIES (Part One) 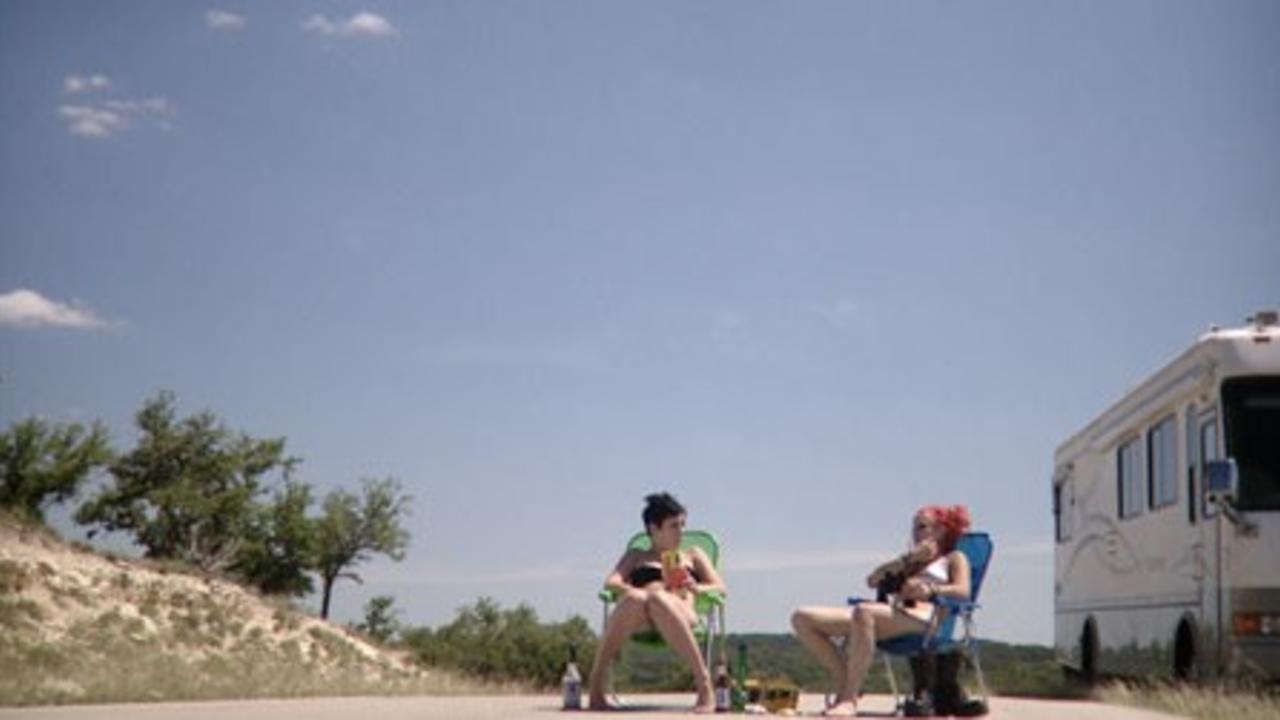 This is Part 1 of a series and it is going to be longer than I had intended. You’ve been warned. I get asked about The Spider Babies every day and I get tired of hearing myself tell the story. Now, I’ll be able to just forward a link.

I always have the best intentions to keep a regular blog going during the production of each movie. It never happens. Working on a movie is all-consuming – even if you’re not the director. So this recap will have to do. This was a really hard shoot. Some of our problems were just the normal obstacles that the universe throws in your path when you are trying to create something… other problems were internal, and I will gladly take my share of the blame.

A little bit of back story…

The idea for The Spider Babies has been with me for a long time. During pre-production I found the above sketch in one of my Sex Machine editing notebooks. The initial concept differed slightly from the production draft of the script, but not by much. It was always designed to be a low-budget horror flick starring a 3-girl rock band on tour somewhere in the middle of the U.S. The name of the band was a direct homage to Jack Hill’s classic movie SPIDER BABY. ((I knew we would probably end up changing the title of the film, but legal minds assured me that it was okay to use the reference as the name of the band.)) That insane film depicts a family that is suffering from a condition that leads to progressive age regression. They psychologically regress backwards beyond the level of children and into pre-human savagery (with mind-bendingly hilarious results).

In our film, the characters weren’t exactly psychologically immature, but they were definitely capable of some socially irresponsible (and savage) behavior.

The concept was simple. It fit securely into the genre of “educated northerners get stuck in the redneck south and shit goes crazy.” Growing up, I was obsessed with this genre and I would use it to classify some of my favorite horror films like The Hills Have Eyes, Texas Chainsaw Massacre, 2,000 Maniacs… the list goes on.

The Spider Babies was an homage to all that stuff. But with hot rocker girls who were smart, crazy and could kick-ass when backed into a corner. The structure was simple and classic. They get introduced. They break down. They get attacked. They take revenge. The script evolved through many revisions thanks to the help of my co-writer Craig Matthew Staggs. But the intitial structure stayed in place. It’s lean, bloody and funny. But most importantly, it was make-able on a low-budget… and it was marketable.

It had been awhile since Sex Machine and even though I had worked on a lot of short films and edited even more projects, I hadn’t spent any time putting together financing or an infrastructure for a new feature. I still wanted to do something low-budget, but on a bigger scale than Sex Machine. I decided to go for broke and do whatever it was going to take to get a new movie made.

I quit my day job, sold everything I didn’t absolutely need and decided to live like a gypsy until I got a movie made. In hindsight, this was really, really dumb because I had a pretty great job with insurance, a good investment plan and everything else. But, I was obsessed and there was nothing more important to me. The lease to my apartment was up and I moved into a room at Sexy Picnic Artists Studios (this will be important later).

For some time, I had been working on a business plan for a small company that would produce small, efficient films that were all targeted towards a similar niche audience. Sex Machine hadn’t set any world records, but it had won a few awards and it really got out there on DVD. I still get daily e-mails from people who have watched the movie and liked it enough to write. My business concept was to take that small audience and build on it incrementally with each film.

Putting the pieces together

In mid-2008, I went to Oklahoma City and met with Kenny Phillips of Rockhouse Cinema and he thought it sounded like a good idea as well. I knew he had a studio full of camera and sound equipment that had been sitting unused for quite some time. He also had a lot of entertainment industry connections from years spent working on touring shows with Robin Williams, Eric Idle and John Leguizamo. The Spider Babies seemed like a perfect fit. We could scale the script up a bit and use his R.V. instead of a van. We could also add to the production value by showcasing some of his collection of musical instruments. El Mariachi-style, I took the original treatment and re-wrote it around props and locations that we already had easy access to.

To make matters even sweeter, Oklahoma had recently been aggressively improving it’s tax incentives for filmmakers. The Oklahoma Film Commissionhas been working on this for years and I know it’s been a tough and incremental battle. They’ve managed to finally get the incentives to the point where a movie with a $50,000 budget now qualifies. This is pretty amazing for independent filmmakers.

Even though my heart is definitely in Austin, Oklahoma City can be a great place to shoot. While making Sex Machine, I was able to run around all over downtown with a camera, a gun, a suitcase full of fake money and pills and an actor with his head wrapped in bandages. Nobody stopped us or gave us any trouble. It was like a movie-making playground.

But I’ve always had a problem casting projects there. Fortunately, over the past few years I have been lucky enough to tap into an incredible talent pool in Austin who I’ve worked with on a lot of short projects. It seemed like it would be a complementary merging of the two worlds. OKC had the machinery, but Austin had the fuel.

The idea was to find the “middle-of-nowhere” locations in Oklahoma and bring in the Austin cast for 18 days of shooting. Then we would travel as a company to Austin to shoot the opening sequence which features a rock show, etc. There would be 21 days of shooting when everything was wrapped up. This was based on shooting 5 pages a day, which is the speed I aim for when shooting a low-budget feature.

I fleshed out the business plan and put together a draft for an investment prospectus using MoviePlan software. Things were rolling. An attorney checked out the paperwork, Kenny got to work hitting up investors and I headed back to Austin to work on the script, cast the lead roles and work a few odd jobs to keep the lights on.

To Be Continued In: Broken hearts and Broken Legs