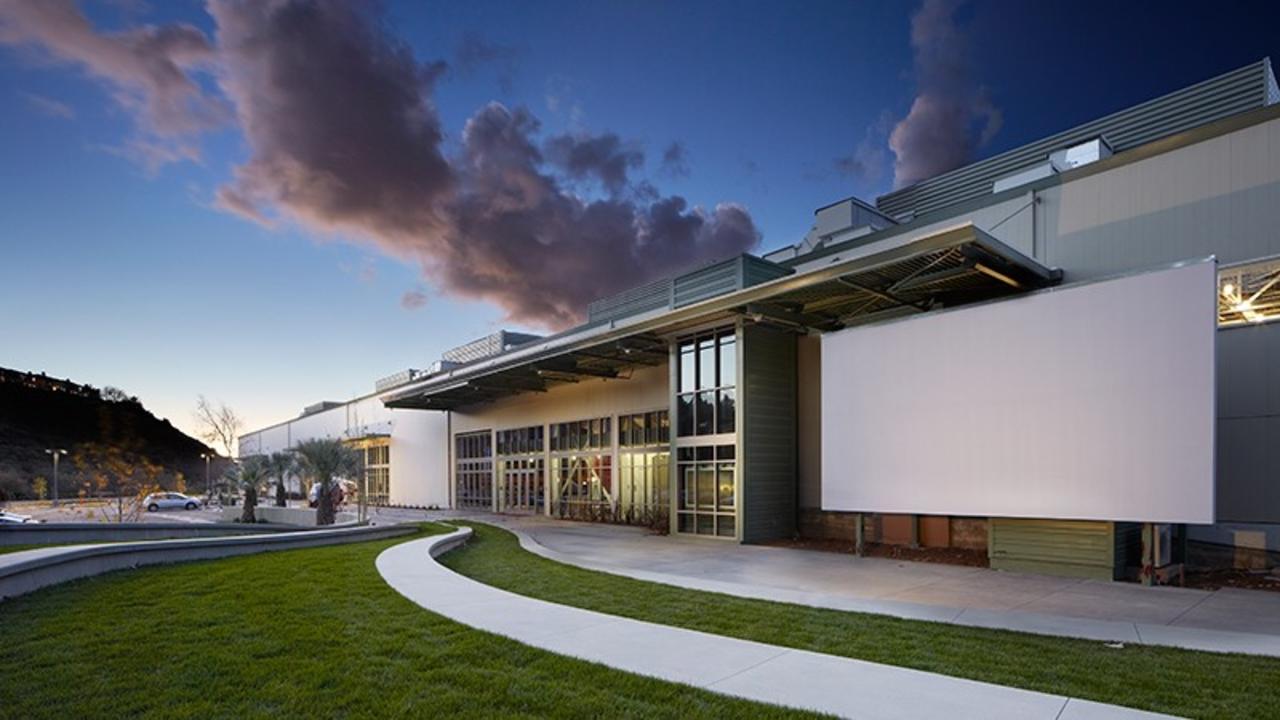 Last summer, YouTube asked Hilah and I if we wanted to take part in a top-secret program. The program involved three trips to LA to go to workshops and shoot collaboration videos with other YouTubers at YouTube Space LA. It sounded like summer camp for internet video creators. Of course, we said yes.

I've alluded to my recent batch of LA trips, but because it was a top-secret program, we couldn't talk about it or even say what it was called. Until now. YouTube has finally spilled the beans with the video above and I'm happy to report that we were participants in the first ever YouTube Creator Accelerator -- and that it was an incredible experience.

There were some really great workshops, but - just like summer camp - the real lessons were things I learned from hanging out with other YouTube Creators (and pestering YouTube staff with questions about my analytics).

In case you're not familiar with it, YouTube Space LA is a huge production facility that YouTube has built to help improve the quality of YouTube videos. For someone who started out shooting and cutting on 16mm film, this place feels like a utopian film school.

There are several huge studios to shoot in, smaller green screen studios, a post production area with workstations for editing and motion graphics and just about every kind of camera you could possibly want to shoot with. The building was once an airplane hangar where Howard Hughes built the Spruce Goose. It's been complete remodeled with a Google-sized budget and they did a beautiful job. Everything is still brand-new and in great condition. 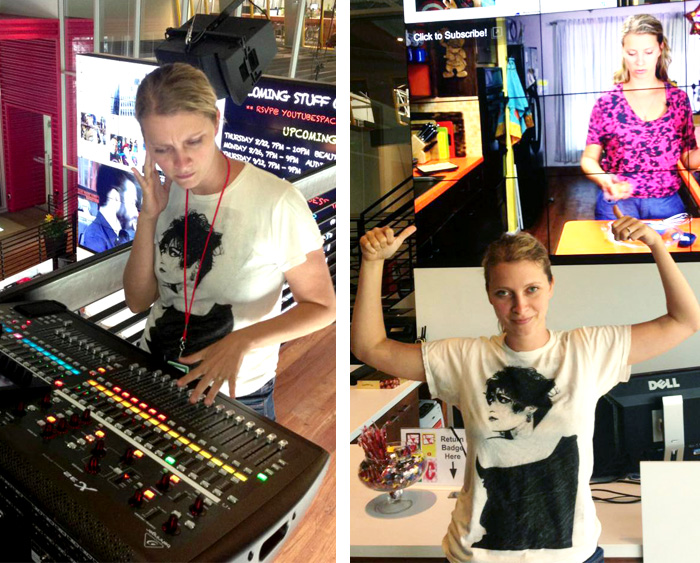 You can use the Space for free if you have over 10,000 subscribers and have taken a workshop. The only other qualifications are that the videos you create be approved by the legal team and premiere on YouTube first. They also have open Happy Hours on Friday afternoons which are great for connecting and networking with other video creators.

TIP: If you're close to LA, I would highly recommend signing up for a workshop or just making an appearance at the next Happy Hour. The Space and the staff who work there and the people who use it will definitely inspire you.

In the workshops, one concept was hammered home over and over again: Watch Time. This is the metric to pay attention to right now. If you want your videos to rank well in YouTube's search engine you can forget about thumbs up, social signals and even subscriber and view counts. YouTube wants people to stay on YouTube for as long as possible so they can watch as many ads as possible and Google can make as much money as possible.

You also get "credit" for session time. I'm not totally clear on the details of this, but even sending viewers to other channels helps you out to some degree.

TIP:If you want your videos to rank well, make things that people spend a lot of time watching. That's why video game play-throughs do so well. Make playlists, do series of related videos, interlink between your videos with annotations and do whatever you can to keep them watching.

End Cards are the graphics at the end of your videos that you can use as a Call To Action. Popular uses for them are to ask people to subscribe, check out another video or click through to a website. For most of my YouTube "career," I've been really lazy when it comes to end cards.

We did a deep-dive into our channel with a member of the YouTube Analytics team. While almost everything was positive, she pointed out that we had a lot viewers bouncing off about a minute before the end of each video. It seemed to be pretty consistent across our videos and when we looked closer we pinpointed that people were leaving the video as soon as the recipe was complete. Our videos tended to spend another minute or so wrapping up. So we changed our video format and added annotations to subscribe and check out other videos as soon as the recipe was complete. We basically moved our end card stuff to inside the video. This has actually helped our overall watch time and boosted our rate of new subscribers. 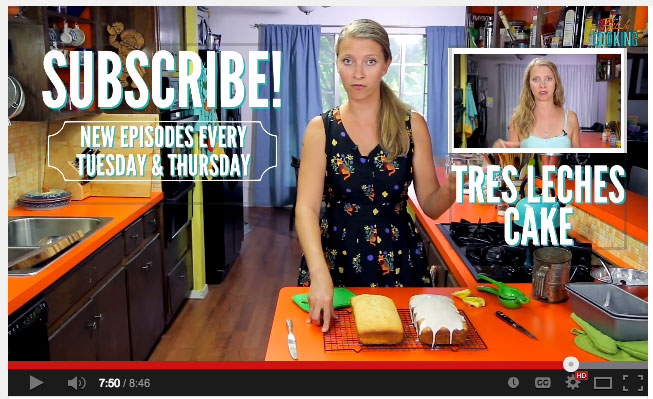 We moved our "end cards" to before the end of the video.

TIP: Check the watch time for your videos and see when people are clicking away. Put an end card or some other kind of call to action before the big drop-off. If they're going to leave the video, send them somewhere else on your channel or even to somewhere else on YouTube. Keep them watching.

The number one concern of the creators in this program was: How Do I Make More Money?

The number two concern: How do I keep my videos getting flagged with Content ID claims?

An overly simple example: You use a Justin Bieber song in your video. Content ID scans the video and flags it. You have a window of time to appeal it. During that time, Justin Bieber makes all the revenue from your video. If your appeal doesn't go through, all the money from that video will go to Justin Bieber. Forever.

Of course, you aren't going to use a Justin Bieber song. The above example is how the system is supposed to work. Unfortunately, the real problem are Content ID claims from shady companies. Videos have even gotten flagged for featuring chirping birds in the background. It's very similar to patent trolling. This is one of the reasons you have to be really careful when using stock music on YouTube. Several creators in the program had Content ID claims on some very high profit videos on which they had used legally licensed stock music. Their appeals didn't go through and they lost all the revenues on those videos. Personally, I've had two videos flagged with no reason given. The only music used in the videos are ambient tracks made with Garage Band loops. I own the license to Garage Band and this still wasn't good enough. Even though I appealed it to YouTube AND own the rights to all the content, someone else now makes the revenue from those videos.

TIP: Be VERY careful about the music and sound effects you use in your videos. Garage Band loops are incredibly risky. I've never had a problem with Premium Beat or the Vimeo Music library. Keep records of every piece of music. I would go as far as printing out the licenses and keeping them somewhere very safe. If you can't prove that you own the rights to everything in your video, somebody else might end up earning money from it.

Considering it is a free platform on which anybody can make and share videos, there is a LOT of hate out there for YouTube. And let's face facts, it can be easy to hate. We were at the Space for week 2 of the program when the notorious Google+ comments switchover happened. It did not go over well. Even though YouTube had funded an amazing trip for all of us, the rage was palpable. You would have thought that Google was killing kittens.

Every tiny change to YouTube provokes a huge uproar of angry complaints and threats to leave YouTube. I've been guilty of this almost every time YouTube has rolled out new features. But ultimately, people who are much smarter than me are steering the direction of the platform in a direction that they think will create more views and more money. Your success on YouTube means that YouTube makes even more money.

YouTube can seem like a faceless machine when you are first starting out. But there are real people hard at work behind the scenes. All of the YouTube staff involved with the program were incredibly smart, nice and helpful. They were authentically invested in helping us make better videos and grow stronger channels. Of course with an hour of video uploaded every second, even a massive company like YouTube is not going to have enough staff to help everybody.

It's definitely a tiered system and it isn't perfect by any means. Your channel won't even be on their radar until you have 10,000 subs or a ridiculous viral hit. But as you put in the time and build a following for your channel, you will start to gradually see the human face of YouTube. Despite having some medium sized channels, I still often feel like I am on the bottom rung of the ladder. But when I step back and look at it, YouTube has really made what I do possible. In addition to building a great platform, I've had the opportunity to take part in programs like the YouTube Creator Accelerator, YouTube Next Chef and more.

(Now if they can just do something about Content ID.)

TIP: I don't have anything ground-breaking on this one and I refuse to be another person telling you to make better videos and everything will fall into place. Spend some time checking out the YouTube Creators Hub. Stay up to date on the Playbook. If there is any YouTube program or contest that fits what you're doing, ask your viewers to nominate you for it. Getting accepted into YouTube Next Chef was a huge turning point for our channel. On The Rise is another great program. These are all great ways to get on the radars of actual people at YouTube.

I feel really honored to have been part of the YouTube Creator Accelerator. It was a great experience and while the education was great, the best part was connecting with other video creators. It's easy to feel like you are creating all of this stuff in a vacuum. Most people have no understanding of what I really do. Then suddenly you are in a room filled with 50 people who all "get it" and are doing similar things.

The YouTube ecosystem is a real and growing thing. There are huge corporations investing lots of money in online video. But to me the really exciting part are the thousands of thriving businesses being built out of people's houses. A few years ago I never thought I would make my living producing a cooking show in my kitchen. But now that show is seen all over the world and the business around it continues to grow every day.

This is a very exciting time.

Online video is a new medium and we are here on the ground floor of it.

Pann's has the best biscuits and gravy I've ever eaten. 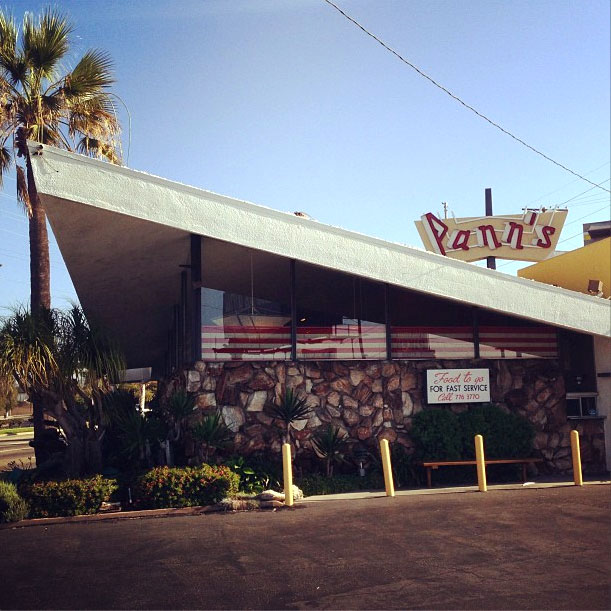